Yeah, I'm thinking about it

In 2017 there is a solar eclipse that crosses the USA in August, and I'll be travelling around SW USA for that. When the stars are right, Cthulhu, in his tentacly awesomeness may rise...

Planning for any October travel will soon begin Is it too early to start thinking about the next TONMOCon?

Not too early... was thinking about it this morning, in fact... Cthulhu does indeed transcend space, time and thought

Need to check calendars and whatnot... will get on it.

Summer 2017 will be a busy across the USA because of the eclipse on 21 August... that is going to attract travellers from all over the world, given that the 2012 Australia eclipse brought tens of thousands of people all the way to Oz, and the USA is a *LOT* easier to get to.

I think that has two possible impacts on TONMOCon - the first being: no earlier than usual It probably wouldn't be a good idea to move it to August... not that you were planning to, but if you were thinking of it, September at the earliest. The other possible impact being "after a busy summer, there's probably going to be a lull, so there might be some good deals."

The eclipse path is, roughly, a line from Seattle to the middle of the South Carolina coast. From a cephy point of view, that really only matters for Seattle. probably not a lot of squid activity in Wyoming.

If the Tentacles exhibit is still on at MBA that has my vote!

quick update here - I have a couple possibilities brewing, but unfortunately I won't have any updates until early December. We'll all have to wait a bit on this!

update: ...the wait is going to be extended a bit... Until later in February.

Signs are very positive for a truly great, unique TONMOCON event later in 2017... I'm super-excited about it, but have some restrictions about sharing the info. PLEASE try to remain flexible until then... and thank you for your patience!

All: PLEASE take our survey for this event!

Showing off my new handbag for TCON VII. I love having creative friends who need a project! 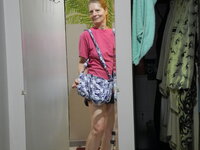 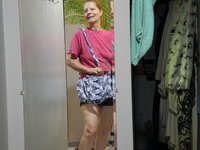 Love it!! Here is an update:

We are not official on the date yet but getting awfully close. PENCIL IN April 6 (Friday evening social), Saturday (Presentations), Sunday (some very cool tours being planned) at MBL Woods Hole.

I am looking into a few new features, including Vendor Tables. Already have some great presenters lining up -- PM me or email if you are interested; always good to know... but I will be putting out the call once we've locked in on the plan.

Well, I'm just waiting on the memo of intent... was expecting it by EOD Friday but looks like won't be until later next week at earliest. Still looking good for April 6-8, 2018... looking forward to shouting it from the rooftops. In the meantime....

Apparently pre-agreement dropping in the mail today... this is definitely going to happen, folks. Follow up coming soon...