Bob and Sid appear once again

I am looking for more information on my 'bicephalic' squid. It is a pair of Long-Finned Squid (Loligo Palei), one jammed in the other's mantle. This may sound uninteresting, but I assure you not. You see, the organs of the squid with another squid sharing his mantle cavity (Bob) were atrophied, shrivelled. I found it at Woods Hole, Mass., USA, in a bait box. Luckily, we managed to preserve it in a formalin solution quickly enough. (It was all thanks to the MBL- Marine Biological Laboratory in Woods Hole- my mom works there on squid axons in the summer.) I gave it the endearing and only slightly idiodic name 'Bob and Sid, the Bicephalic Squid. If anyone is interested, or has information, or both, I love to hear from them.

[2022 edit from @tonmo: here are all the original pics for this thread (images "broke" over the years; so reattaching them here): 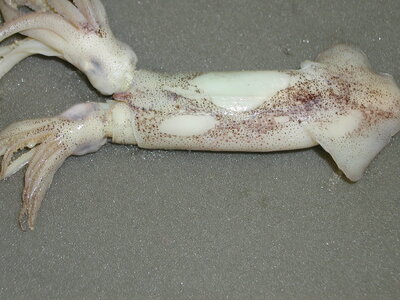 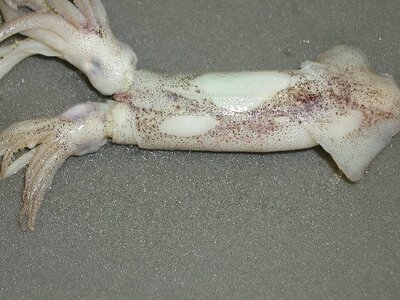 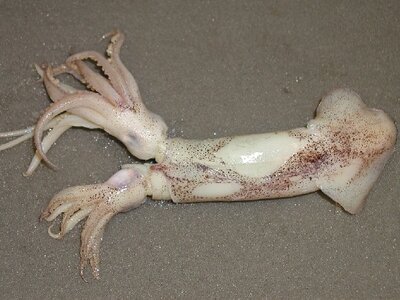 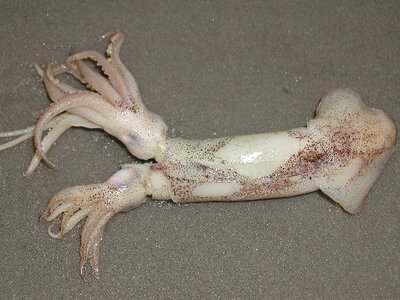 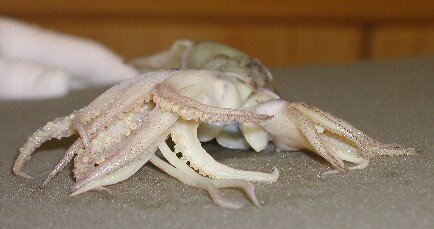 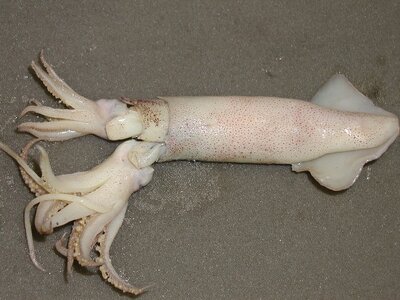 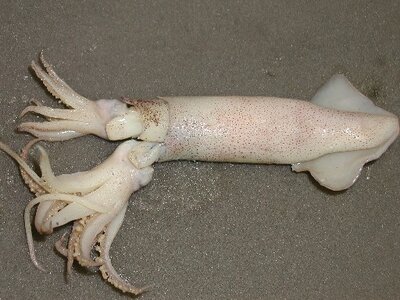 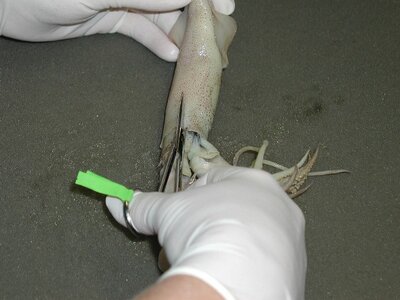 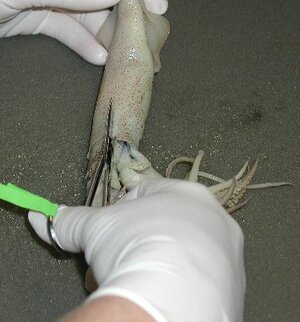 Is this Daja vu?
D

No I was talking about someone posting about Bob and Sid a few months ago. Was that you? :?
D

What kinds of things do you want to learn? could they live? What does the mantle do that they may have lived for a while this way? Or a referral to a good therapist specializing in traumatic images? These are the questions the photos conjure for me.

It's no doubt cool.
D

I'm most interested in how they survived. I'd also like to know any thories for how they becaame this way in the first place. That sort of thing. Also, could I give them to a museum or anything of the sort? I like squid, but my expertise only expands to a bunch of useless facts on Architeuthis, Mesonychoteuthis and Dosidicus. Oh yeah, and I also know that they taste best fried in batter.
D

Oh, yeah- download 10 is a healthy squid (to compare with the organs of Bob).

Bob and Sid need to find their way into a journal. Great photos, BTW.

I'd love to know what the feeding situation was. Did Sid just mooch off of Bob's kills? Or did he 'help out', lending an extra four pairs of arms to restrain prey? I would assume that it would be least unlikely for Sid to have been lodged inside Bob's mantle when he was of much smaller relative size (inhaled as a baby?). In that case, though, it seems odd (relatively speaking, of course) that he would have been able to eat as well as he seems to have done. What's with Sid's tentacles?

What was the deal with Sid's fins? I seem to recall

asking, but I don't remember any response.

How did Bob manage to breathe properly, while at the same time swimming for two? How could they possibly jet effectively? How did they avoid being eaten?

All I know about feeding is one meal. Bob, apparently, devoured Sid's tentacles.

I don't seem to remember Sid having fins. Maybe sometime I'll take them out of the formalin and check.
J